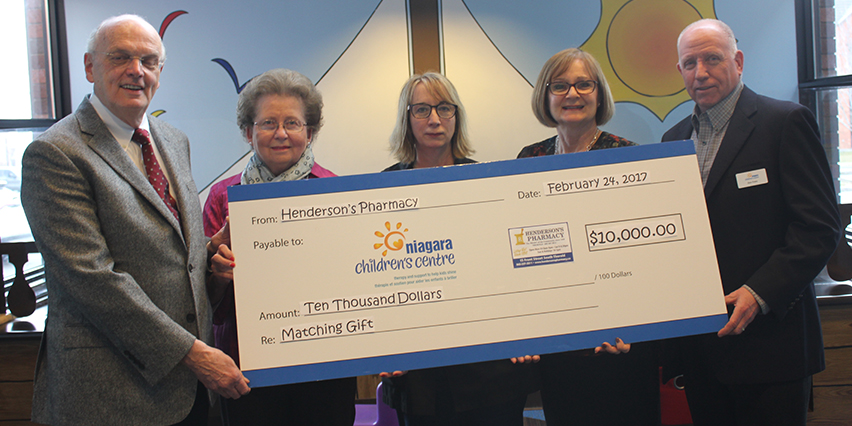 Henderson’s Pharmacy made the holidays brighter with matching gift to the Niagara Children’s Centre.
Niagara Children’s Centre is pleased to share that thanks to the generous support of Henderson’s Pharmacy, all gifts made to the Holiday Giving Campaign for 2016 were matched, up to $10,000.
“I have seen firsthand the impact that Niagara Children’s Centre has on so many children and families in Niagara. We were so happy to be able to contribute in this way,” shares John Henderson, owner of Henderson’s Pharmacy.
The campaign was titled “The Best Gifts Aren’t Always Under the Tree”, because for many Centre families, the best holiday gifts are the moments and milestones they experienced over the course of the year; the long awaited child’s first steps, first words, or even the gift of hearing for the first time thanks to a cochlear implant. In total, $28,627 was raised in support of the over 3,200 children who receive therapy and supports at the Centre each year.

“The month of December is a time of year when people are in the spirit of giving. The gift of a donation has an impact year-round, and we were thrilled that Henderson’s Pharmacy stepped up to offer this incentive to encourage donations at this critical time of year for fundraising,” stated Oksana Fisher, CEO of the Centre. “The Centre relies on community donations to ensure we can provide therapy services and programs to help as many children as possible.”

At Niagara Children’s Centre every milestone, no matter how big or small, is worth celebrating, and it is thanks to our generous supporters that these moments are made possible.

Henderson’s Pharmacy has been family owned and locally operated in Thorold since 1939. The store itself has been a drugstore for over 130 years. The building was built in 1872 and has since been designated by the City of Thorold as being a Heritage Building. When built in 1872, the building was purchased by William MacCartney, who sold drugs, toys, fancy goods and steamship tickets. The building remained in the MacCartney family until 1939, when it was bought by Edward Henderson. John Henderson, the current owner continues the family tradition of store operation to this day.
About Niagara Children’s Centre:
Niagara Children’s Centre provided rehabilitation and support services to over 3,200 children and youth last year across the Niagara Region with physical, developmental and communicative delays.
Children cared for include those with developmental speech and language delays, autism spectrum
disorders, cerebral palsy, brain injury and neurological conditions and developmental delay.
The primary source of funding is the Ministry of Children and Youth Services. 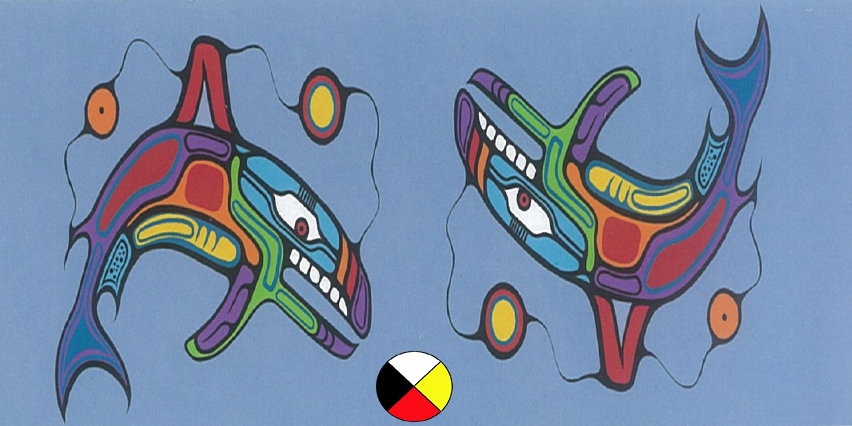 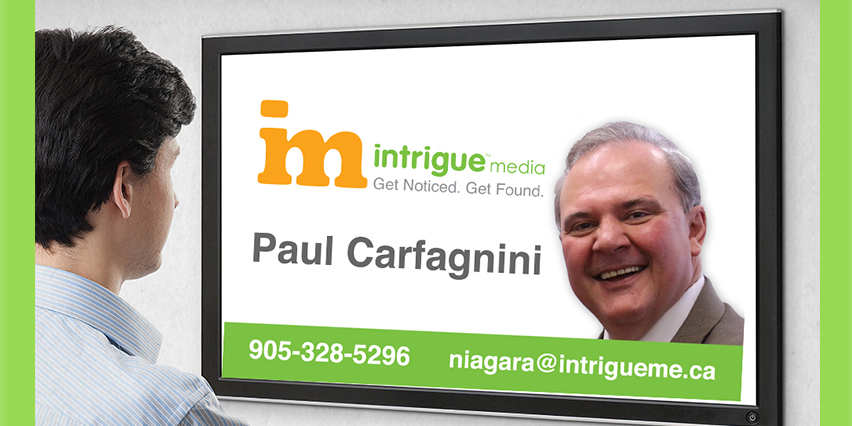 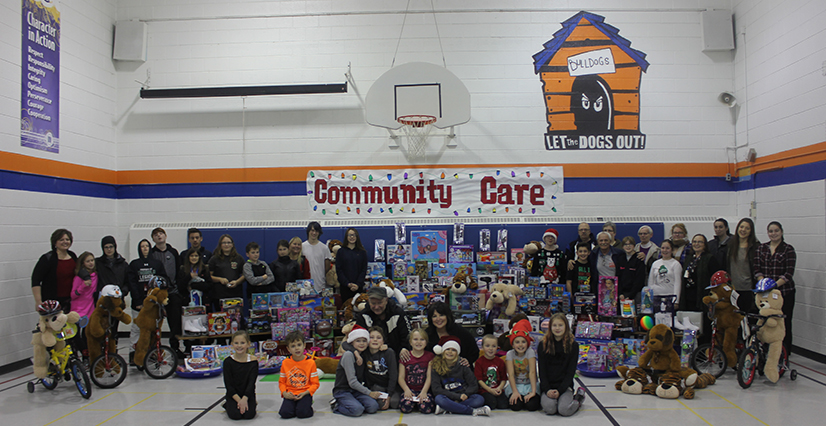