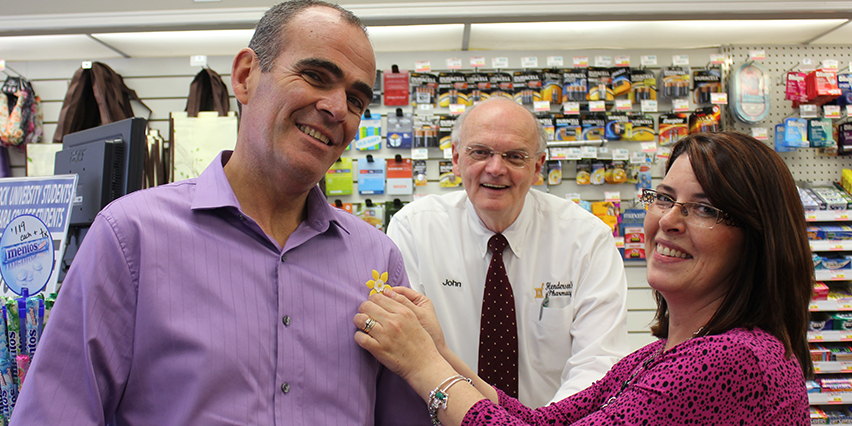 Henderson’s Pharmacy in Thorold is supporting the Canadian Cancer Society’s Daffodils Campaign. People in our community are invited to visit Henderson’s, 15 Front St., S., Thorold, to make a $2 donation and proudly wear a daffodil pin as a sign of their support for people living with cancer.

In 2017, it was estimated that more than 206,000 Canadians were diagnosed with cancer. To show support for those living with the disease, Pharmasave will once again partner with the Canadian Cancer Society for the Daffodil Campaign.

Held each spring, the Daffodil Campaign is the Canadian Cancer Society’s national fundraising initiative. For many years, Henderson’s Pharmacy has been a proud to be part of the Pharmasave program to support the Daffodil Campaign across the country, as shown in the featured photo from our news archives.

From April 1 to 30, daffodil pins will be available at Pharmasave’s more than 680 locations across the country. Money raised will go towards funding ground-breaking research and support services for people affected by cancer. Through these services, the Canadian Cancer Society helped nearly 250,000 Canadians last year.

“At the Canadian Cancer Society, we are committed to supporting and engaging people in communities across the country. We are a collective of people united by the same goals. This includes people with cancer, their families, friends and corporate partners, like Pharmasave,” says Carly Schur, National Director, Corporate Programs for the Canadian Cancer Society. “We simply couldn’t support work aimed at helping people live longer and improving the lives and experiences of those affected by cancer without all of these committed individuals and partner organizations.”

Pharmasave has been a proud partner of the Canadian Cancer Society for several years and during this time has raised more than $420,000.

Significant progress has been made against cancer. The Canadian Cancer Society says survival rates for childhood and breast and prostate cancers are at 83%, 87% and 95%, respectively. The charity also says the cancer survival rate for all cancers combined has increased from about 25% in the 1940s to approximately 60% today, thanks to investments in research, prevention, early detection and treatment. 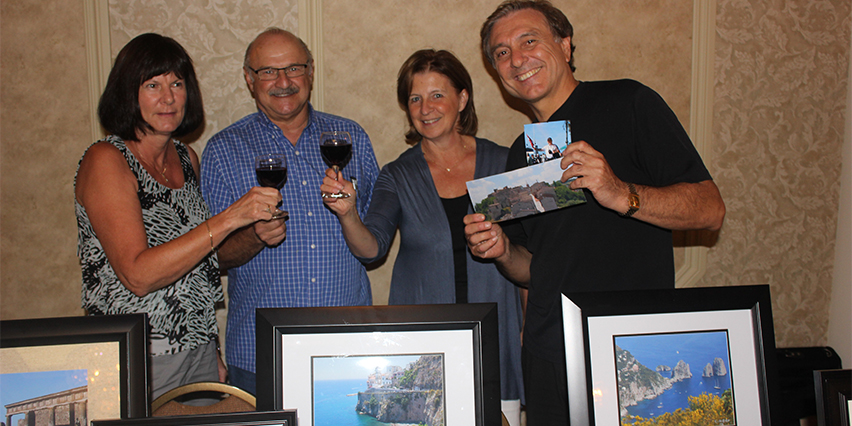 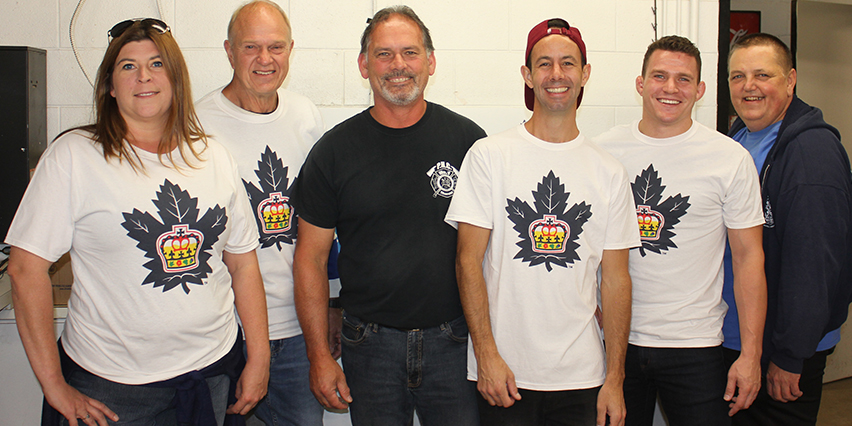 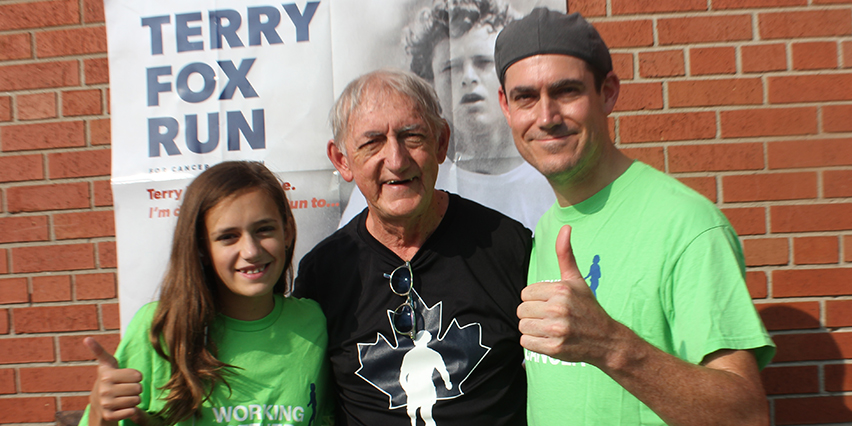