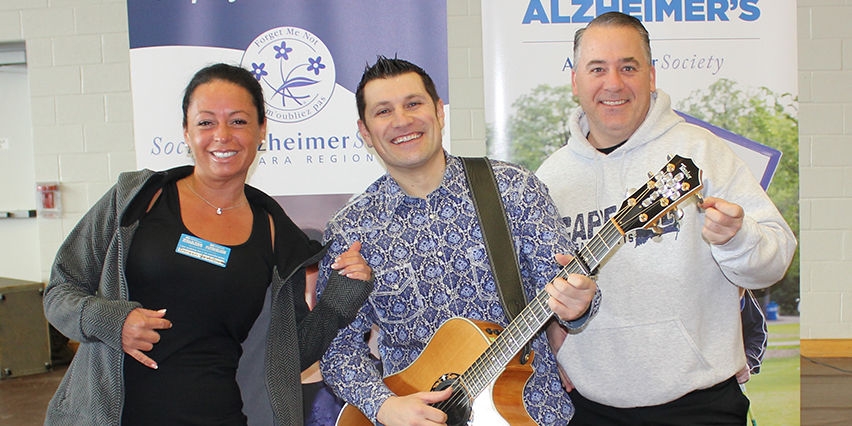 Alzheimer Awareness Month was raised by engaging the community in January but a couple of events really tried to make memories matter as hundreds of supporters stepped up to support the cause.

Families, businesses and organizations teamed up to support the Walk for Alzheimer’s at Brock University on January 27. The event raised more than $120,000 exceeding the Alzheimer Society Niagara’s $95,000 target.

Funds raised at the IG Wealth Management Walk for Alzheimer’s will help finance services provided for patients in the early stages of dementia.

Stations along the 1 km walk route showcased health-related information and product samples for maintaining a healthy brain through diet, social activities and physical exercise.  A health and wellness fair in the gym provided information around strategies to keep the brain healthy. Activities at the fair also raised attention to Alzheimer’s disease and related dementias and its effects.

The family-friendly event also featured Fluffy the Clown and a raffle table to support the fundraising.  Star Wars characters posed with donors to raise money for the charity. A Babysitting Angels Kid’s Zone with a mini-playground was added this year as a new feature.

At the fun event, musician Cory Cruise entertained the audience enjoying the various activities. Pictured above, Thorold-native, Sandra D’Alessandro joined Cory and John Anslow for a fun shot. The CEO of Sandra’s Home Health Care is a proud supporter of the Alzheimer’s Society and so she also formed a team to join the Walk.

Earlier in the week, the Walk for Alzheimer’s Kickoff on January 22 at Kelseys on YMCA Drive in St. Catharines provided a boost for the main event to be held a few days later. Kelseys will donate 20 percent of food purchases made during the Kickoff promotion from 6 to 8 pm totalling $3,000 in sales including Skip the Dishes orders.  The Kickoff donation will support the Alzheimer Society of Niagara Region.  On top of the fundraising, the Kickoff event was a fun warm-up for volunteers and teams who planned to participate in the Walk for Alzheimers on January 27 at Brock University.

It was awesome to see friends, neighbours and co-workers from Thorold and neighbouring communities in Niagara walk together so that one day everyone may be one step closer to a world without Alzheimer’s disease. 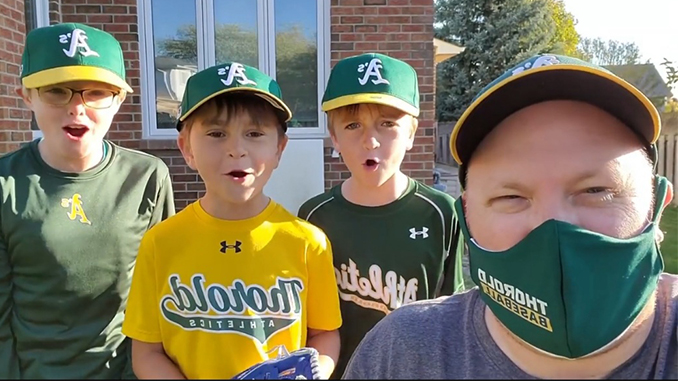 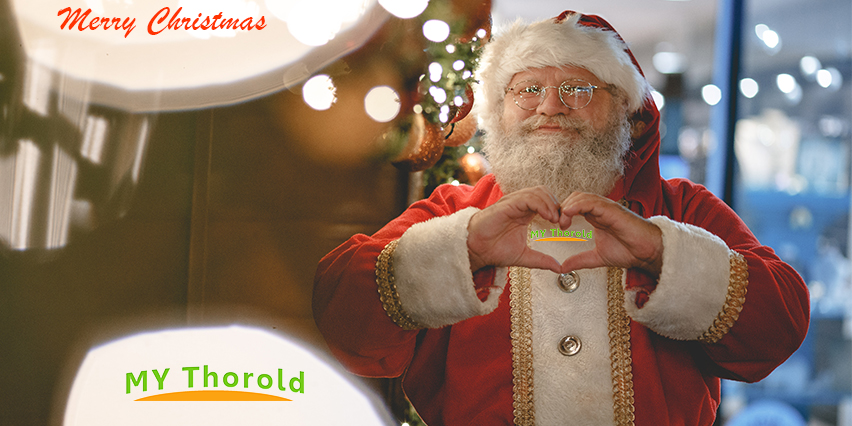