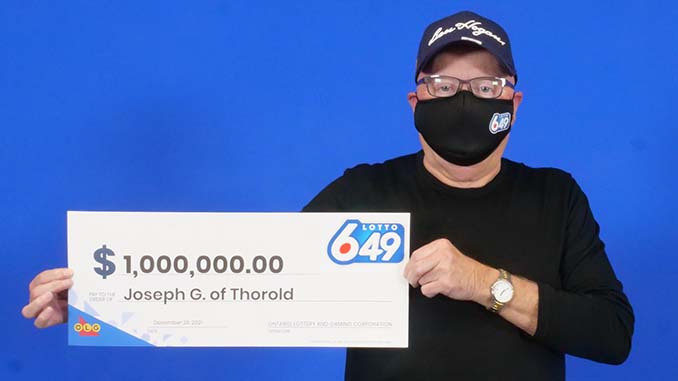 Joseph, a 65-year-old business owner, said when he scanned his ticket using the OLG App he thought he won $1,000 at first.

“I wiped my eyes and took another look and realized there were a lot more zeroes!” he shared while at the OLG Prize Centre in Toronto to pick up his win. “I was so happy – this is perfect timing.”

Joseph said his kids didn’t believe him when he told them he won $1 million because he always jokes with them.

He plans to complete some renovations and save some for his grandchildren’s education.

The winning ticket was purchased at the CNIB Kiosk in Walmart on Welland Avenue in St. Catharines.